Paolo Orlandini was born in Grosseto in 1941.  He graduated from the Faculty of Architecture at the Milan Polytechnic. After, he cultivated his craft with Marco Zanuso Sr. E with Richard Sapper for ten years. Since 1968, Paolo has worked with Roberto Lucci in the office, chair and kitchen sectors. Over 3 million chairs bear the Lucci-Orlandini Design signature. Together they have designed more than 500 products. Their design approach is based on the use of scale models, true models and movement mockups; in general on direct and concrete experimentation rather than on digital abstraction.

Orlandini Design was founded by Paolo Orlandini.  With his team of young creatives and designers, Paolo combines his 40 years of experience with a fresh, acute attention to new trends.  Their style is a mixture of “formal cleaning” and “programmed personalization”.  Formal cleaning zooms into the technical aspects of a design, ensuring it is economical, reliable and takes a preemptive approach to the problems it could face in production.   Programmed personalization is an innovative approach to designing a product in such a way that this allows for the addition of many hypothetical, ad hoc modifications.  In short, Orlandini Design develops original, forward-thinking products that stand the test of time.

President and Lead Designer of Orlandini Design, Folco Orlandini, on Vero: “I had the first inspiration from the classic image of zen stones stacked in an unstable tower. An icon of peaceful wellness and inner strength….the same I’d like to have in my workplace. That’s why I decided to split the backrest in 3 parts to reproduce almost the same shape: 3 bold, smooth and soft river stones.” 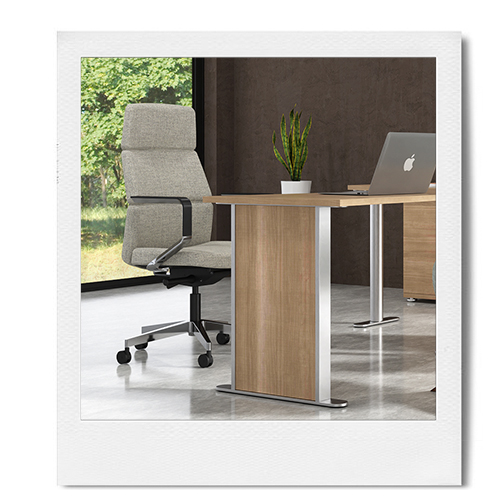 Vero is Italian for “truth”. This series of high, mid and low backs is truly captivating, truly durable and truly comfortable.